Well everyone, we made it home safe and sound. As a matter of fact, we've been back for the better part of a week now. We got home just in time for the end-of-school barbeque (the second plane load literally landed as we were serving up the burgers), then we closed down the school. All in all, we had a fantastic adventure and I think the kids will be talking about this trip for a very long time.

I just wanted to let everyone know that the Cashunt pictures are in! Use the link below and the password dash to check out the battle of the Flaming Stars and the No-Se-Ums--yes, that's how the Cashunt people spelled it; they must think we're the "We-Don't-Know-Ums". (This joke is only funny if you know Spanish, by the way. So if you don't speak Spanish-or even Spanglish-ask someone who does.)

This is Kiara and I have lots of things from yesterday!

We went to the Wizarding World of Harry Potter. The Hippogriff Ride was super boring to me because it just went up and down and around, then done. Then me and my mom went to Jurassic Park. We went on a river adventure and we went on this big raft. Then we went up like a roller coaster, then down and then splash! I got a little wet and my mom didn't get that wet. After that we saw a dinosaur's head in the water, then it sneezed out water from its nose but it didn't really get me wet. Then we were supposed to go to a place whose name I can't remember, but we turned to the left and there were danger signs and there were many dinosaurs fighting each other. Then we passed that and we saw a shaking box; it was shaking really hard and it almost smooshed the raft. Then we went in deeper and deeper and it was dark and dinosaurs scared us. Then we went almost to the exit; we saw a big t-rex that looked really real and then we dropped down and big splash! I got scared and told my mom that we should never do that again.

This is Aiden and I'm going to talk about what we did today.

We went to Universal Studios and my first ride was Shrek 4D. Donkey sneezed on us! The fairy went on donkey's nose and donkey said "We can fly!"

I got painted on my face. It's called blue tribal and so did Keilan, but his is more blue.

Today I cried through the Simpsons ride, which is fake. Falling down the hole was scary and that scientist with those glasses picked us up with that wheel spaceship plane thing.

After we went to Simpsons we went to the Men In Black. We got to shoot aliens. I shot 159 in the eyeballs; my score was 259.

We went on the ET ride! It was fun and we saw ET's home. It was a bunch of mushrooms and aliens communicating. 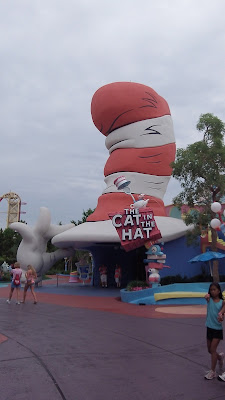 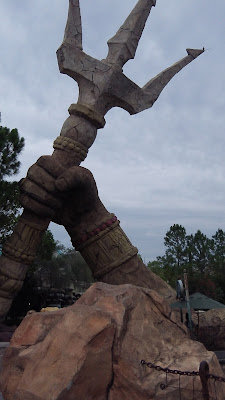 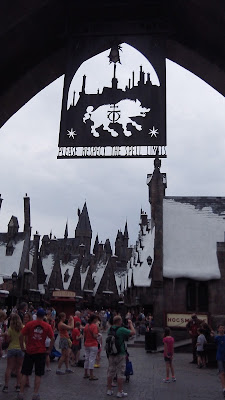 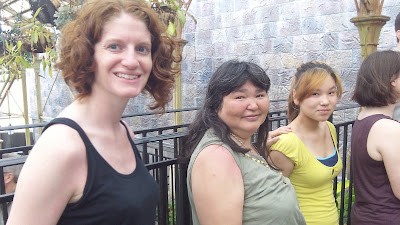 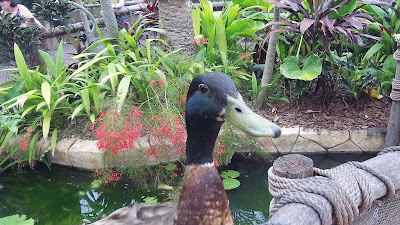 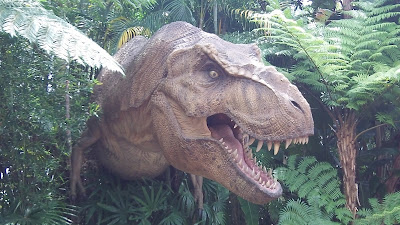 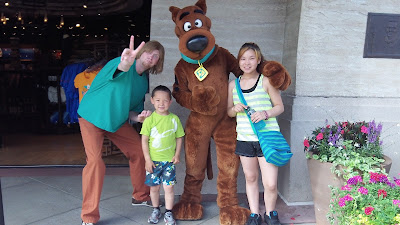 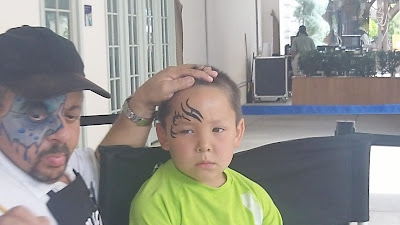 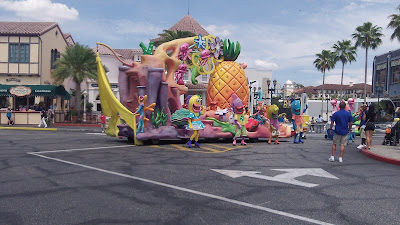 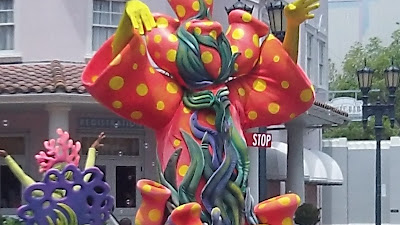 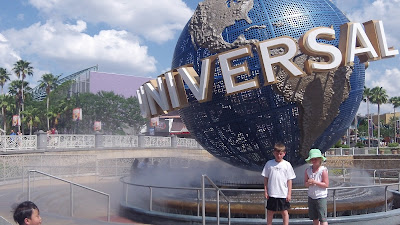 Posted by Students of Igiugig School at 2:12 PM No comments:

We are at Florida

We got in Florida and its hot and the group is a bit too hot. Charlie the bus driver is really nice and early to pick us up. We get to the beach and we get into the water we go boogie boards and it was just fun the waves made the boards hit my head. We all had a blast at Cocoa beach.

Posted by Students of Igiugig School at 4:46 PM 1 comment:

This is Keilan, I lost two teeth yesterday.
This blog will cover yesterday, May 9th and today, May 10th... we couldn't blog last night because we didn't get home until almost 11:00!!!
May 9th
USS Constitution, Harvard, MIT Museum, Mapparium and Blue Man Group Performance.

The USS Constitution: It is a big boat, (the oldest commissioned naval vessel still floating). There were lots of cannons and small beds that hung from the ceiling. 450 men would be on the boat at one time! It never lost a battle and sunk around 32 ships.

MIT Museum: We saw robots and toys and other kinds of robots. There were just a lot of robots.

Blue Man Group: They were dancing and drumming. They let us have a party with toilet paper and big balls. They let Katy get up on stage and made her eat pinkies or what ever they are called (Twinkies).

Aquarium:
We viewed sea stars, we viewed stingrays we saw sea lions that were like trained to jump and give kisses and listen to people. A fur seal kissed Ida, his name was Isaac. Ida has a boyfriend in Boston now.

Scavenger Hunt: We played a game that we had to look for coins all over. My team won. We won green backpacks.


Tomorrow we will get up early and get on the train to New York to  Orlando, Florida at 4 o'clock (am). We will miss Boston, but it is fun at Orlando I will get to go to pleasure beach and go swimming.
Posted by Students of Igiugig School at 3:55 PM 1 comment: