We're Back!  We took a break from the Blog.  We travelled half way around the world to visit The Maori schools and The New Zealand folk.  We learned a ton!  We were inspired by the People and the Culture of New Zealand.

When we came back we were locked out of the Blog.  Mr. Gooden worked some Google magic and got us back into Blog Zone.  So here we are.  Check out some of our new articles.  Make comments.
Here are a few pictures from New Zealand......

Posted by Students of Igiugig School at 1:59 PM No comments:

Email ThisBlogThis!Share to TwitterShare to FacebookShare to Pinterest
Kaitaia School
by DZ
During our trip to New Zealand we stayed in two beautifully crafted Maraes. The first Marae was located in Kaitaia in the middle of a well-built school; we stayed there three nights. It was such an amazing stay. We were welcomed into the Marae by an elderly woman and then seated with the men in front. We learned about their Marae and of the important objects and art within it.
There was a spokesman who we listened to while he spoke and then every Maori sang beautifully after the speech. Which is the traditional way of welcome. After their speech and singing our group sang our Yupik songs and danced in our colorful kuspeqs, headdresses, dance fans, and drums.
We ate some mouthwatering food for dinner and we were gifted with more great Maori singing while everyone ate, relaxed, and talked. Taty, Alicia, Fewnia, Sim, and I went for a walk after dinner. It was so gorgeous out, the sun was shining and there were many green plants and big trees. We walked onto a bridge and met a man who showed us there was eels in the river and Taty took a picture of him feeding the eels.
When we got back to the school everyone started getting ready for bed. It was a nice sleep. We went to a light-house and then the lagoon that was near the ocean and had lunch there. It was so fun, the lagoon had a river that met the ocean and there were lots of shells and little crabs that the kids liked finding. After everyone had a good swim we journeyed back to the school and made delicious tacos! They were such yummy tacos. We also celebrated Dannika Jewels seventh birthday!
The following day we went to 90-mile beach. Alicia and I went for a walk and found many great shells. When we got back to the others we learned about undertow in the ocean because Kaylee and Fewnia were out there swimming and then this man told everyone to get out of the water and then went out and brought Kaylee and Fewnia onto shore. Undertow drags swimmers bellow the surface with the tide.
After the trip to 90-mile beach we went back to the school and the Marae. Some of us played kick ball on the basketball court and then we were called into a classroom where Mike showed everybody videos of the haka and other dances performed by dance groups. People got ready for bed after that and got ready for leaving to the second school the next day.

Haumoana School
Located in Hawkes Bay the Marae we stayed in was green. The Maori there told us that it is rare to have a green Marae, but it symbolized growth and life. Their green and white Marae has many beautiful carvings, which took a long time to create. Also in their dinning room, separate of the Marae, there was a great mural that had so much color and symbols. The mural represented their culture, land, people, animals, and history.
When we arrived we were welcomed just like when we arrived at the first Marae. An elderly woman sang to us and then we were seated. This time we had our own Yupik speaker and singer to represent us. After the Maori lined up and we did a traditional greeting called a hongi. A hongi is pressing one's nose and forehead to another person at an encounter.
After the welcoming we had a really delicious dinner and dessert. Then we danced! We got all dolled up in our: kuspaqs, dance fans, headdresses, and the men had their drums. Three dances we performed, which we have been practicing during the summer, after school started, and a few times during the trip in New Zealand. After our dances we were presented with some Maori dances and singing also. Their voice and language was so beautiful. We also got to watch them perform the famous haka that the All Black perform at their rugby tournaments.
The men were invited to light an hãngi fire. Hãngi is their traditional way of cooking food using heated rocks buried in a pit oven. “..involves digging a pit in the ground, heating stones in the pit with a large fire, placing baskets of food on top of the stones, and covering everything with earth for several hours before uncovering (or lifting) the hāngi.” The food that was laid on top of the heated rocks were also covered with soaked sheets and then covered with earth. There was chicken and many vegetables cooking inside the hãngi, which we got to eat for dinner. The food was so delicious!
While people relaxed, drank tea, and talked few of us showed NYO activities. It was awesome and fun doing the stunts. The day ended with meeting our host families who we stayed with for two nights. During the stay with our host families we went to a Gannet Reserve.
Gannets are large white birds with yellowish heads, longs bills, and black-tipped wings. We got to the reserve by riding awesome tractors! A wagon was attached to a tractor, which is where we were seated for the ride. It was amazing! We rode a long ways up the beach and saw many high cliffs and it rained really hard for part of the trip, and people hid under the big, blue tarps that were on the trailer, it was kind of funny when the tarp would feel like it was going to blow away. Before it rained we saw big dark clouds rolling in, I have not seen rain clouds like that before but it was quite beautiful.
When we arrived at the trail to the Gannets the rain calmed down and then some stayed down where there was shelter but others took the journey to see the birds. It was an awesome hike. I walked up and down the hills and then up the big hill to the top where the Gannet birds hung out. When I got there it was a very great view of the ocean.
The day we were to leave Hawkes Bay it was filled with pictures being taken and many goodbyes. Everyone met up at the school inside the kid’s library. Fewnia, Logan, who is the son of the family we stayed with, and I made some nice paper airplane before departing. It was so amazing meeting everyone and experiencing all the things we did. 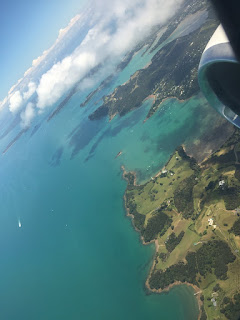 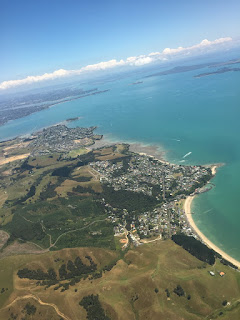 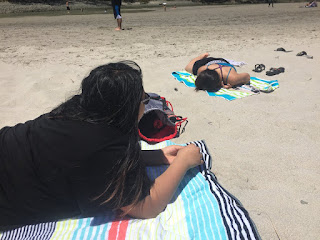 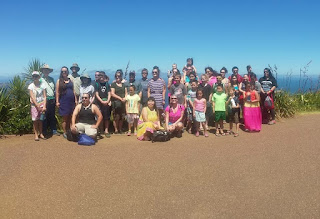 Posted by Students of Igiugig School at 1:58 PM No comments:


The murre population is going down rapidly because of starvation that’s why they try and come here. Once you get past glens there are 100's of dead murres on the beach. The murres on the beach died because they had no food on our lake.  After the big storm they started coming here for food but they couldn’t find any. They found murres as far as Fairbanks. The murres are found mostly on the beaches or in creeks. On the beach they look like big white rocks scattered around. They eat pelagic fish a kind of fish in the ocean. They usually live on the coast of Alaska but they have no food


.
Posted by Students of Igiugig School at 1:51 PM No comments:

Email ThisBlogThis!Share to TwitterShare to FacebookShare to Pinterest
What I learned in New Zealand
By: Taty
I think New Zealand was an excellent place for a cultural exchange. They’re so advanced in their culture compared to our village. The Māori people teach their kids the native language first before they teach English and they talk in Māori at home too.
Their curriculum and teaching was way different than ours. They still have to go through their government with everything but it’s more open than ours. They found ways to combine their culture and schooling. I think it’s awesome. All of the communities support them fully and would do anything to keep the schools open. When one of the schools first got started some of the community members came in and taught for free until they got funding to pay the teachers.
The landscape was so different compared to Igiugig. There were lots of hills and grass. Their trees were really different than ours. There was one place where I thought there were spruce trees but they had really long needles and they where drooping, they where called wilding pines. Wilding pines are not native to New Zealand.


The New Zealand trip was amazing. We learned so many new things. I don’t think that I would have thought of a better place to experience a new culture. If I had the chance I would definitely go again.
Posted by Students of Igiugig School at 1:46 PM No comments: 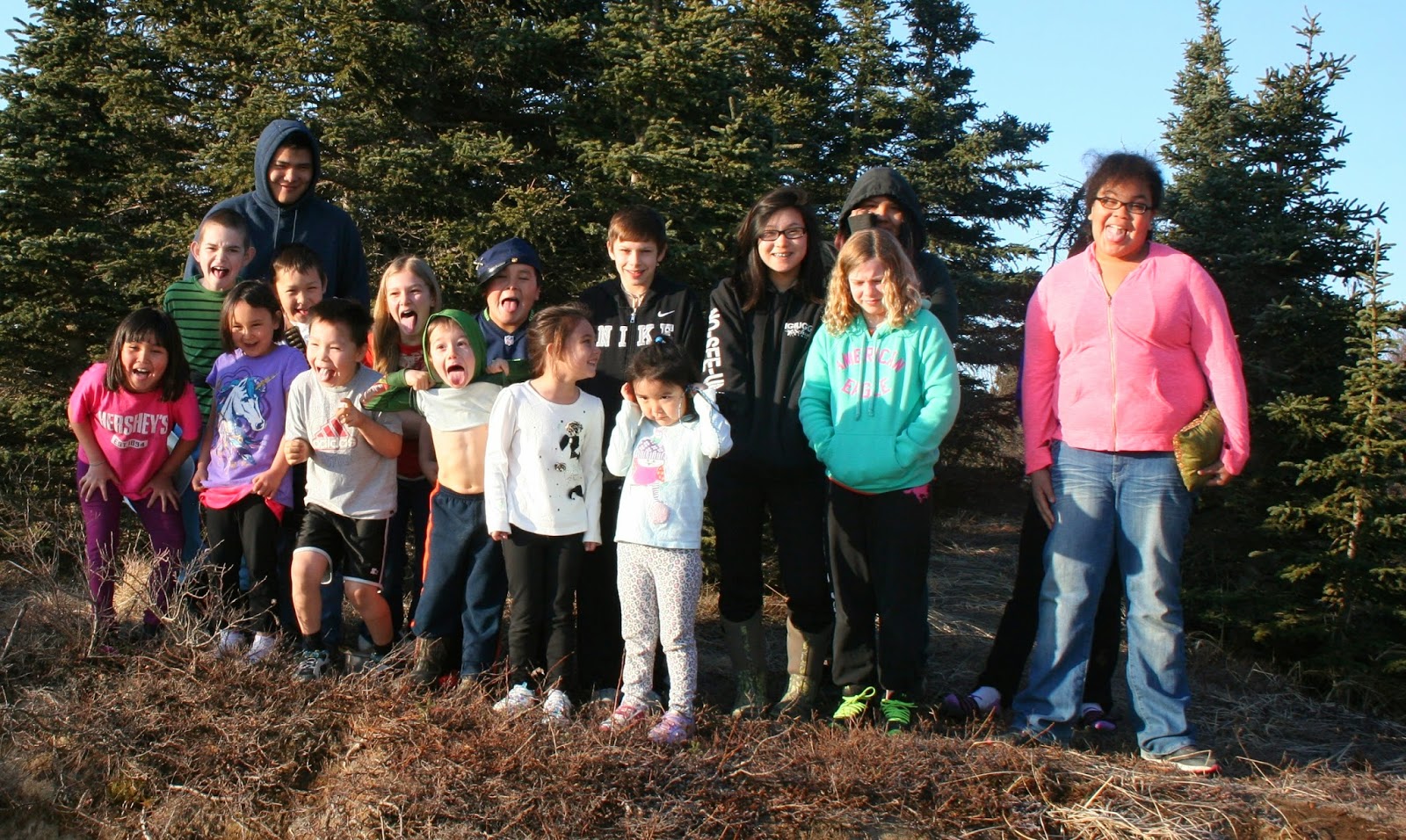 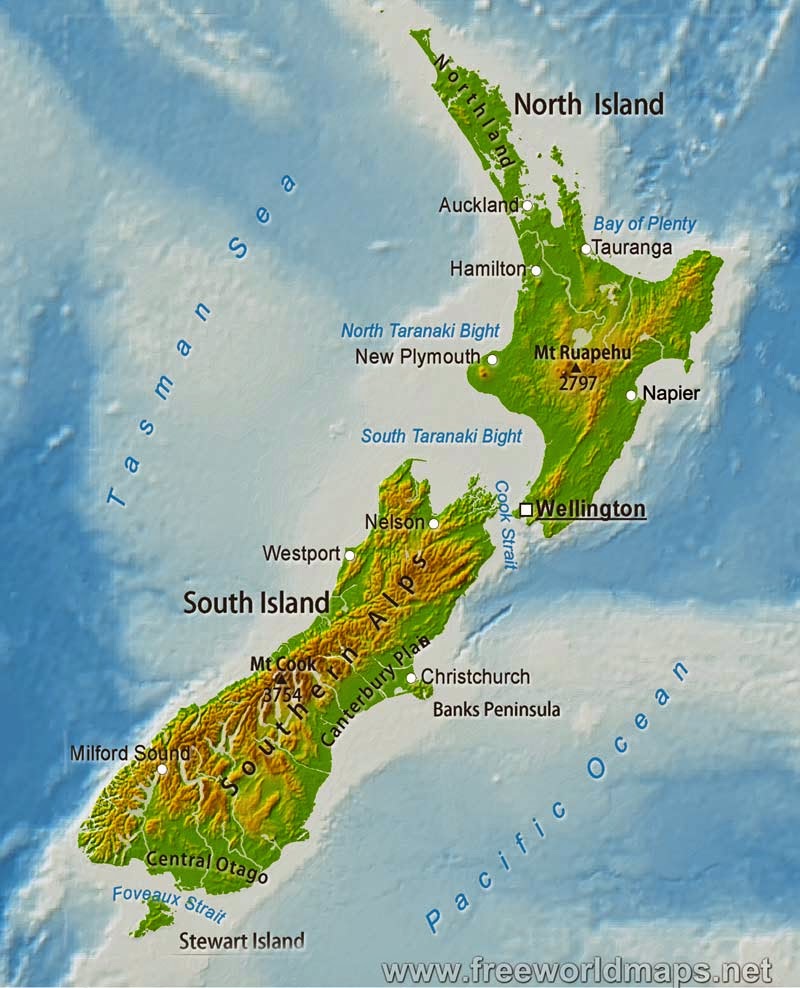 We the Igiugig students are attempting to go to New Zealand for a village trip on or near the 26th of December of this year. We are planning to be coming back on January 8th. The first week we are there we will be doing a cultural exchange with host schools, then the second week will be a free week.  We’ve been working really hard to go to New Zealand all year long. The students and the adults have been doing fundraising. We asked some people from other villages and airplane pilots for donations.  Everyone is getting really excited for the trip at the end of the year. Our goal is to earn $50,000 and we currently have  $36,000. Renee Grounds has been working really hard to get us there.  She has been calling and asking people for donations. She has been looking for places for us to stay when we get there. She has been writing grants.  We’ll also have a store open during the summer. We are trying our best to get to New Zealand this year.  If you would like to donate to the Igiugig Student Fund visit the following link.    https://co.clickandpledge.com/sp/d1/default.aspx?wid=95899