When I Came Back to Igiugig

Hi my name is Dolly I am in 7th grade.
I was in King Salmon before I came back to Igiugig. When I was in King Salmon I went to Bristol Bay Borough School District.  In King Salmon I went to Boys and Girls Club to hang out with them and we would go for walks in Naknek to the store or to the pool when we had nothing else to do.  When I was with my sisters we would go four-wheeler riding and do other things like play games and other stuff.  The school was big and there was a lot of people.  Then I moved back to Igiugig and came to a smaller school with only 10 students and counting me 11.  I've lived in Igiugig before but moved and then now I'm back in Igiugig and proud to be.
Posted by Students of Igiugig School at 1:51 PM 2 comments: 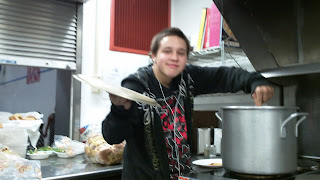 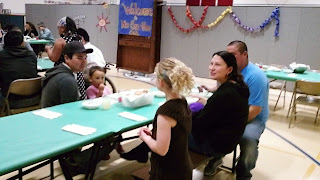 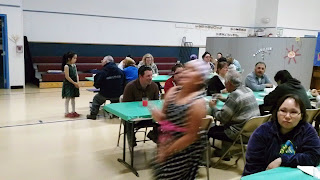 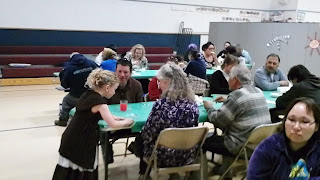 Kaylee waiting on her family. 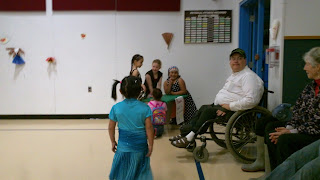 The girls at the hostess stand. 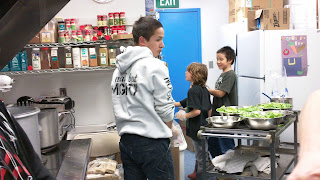 Boys in the kitchen.

Last Friday was Spaghetti Night! It was fun we watched a movie after. I sat people and served food with my friends. All the girls dressed up in dresses. The boys made the salads and the big kids made noodles. It was it hard work. Kaylee's feet hurt. The fun part was when we got to watch a movie. The movie was Atlantis. There are explorers that find Altantis.

This week at school we learned about lungs and heart and the tubey things and veins. Sirius shed his skin. Cal came and Principal Hill. In social studies we learned about George Washington and the pilgrims.
Posted by Students of Igiugig School at 1:05 PM 2 comments:

A week as Caleb

My name is Caleb  and I am 9 years old.
We ate fish sticks and french fries for lunch, it was the first time ever. I didn't want them. We played hockey in PE. We did science about the bones. Sirius ate a pinky.

We had social studies about the cultures of the Iroquois. They lived in longhouses in New York. They made canoes and needles made out of bones. It was picture day. Kaleb smiled like a alligator.

We did science about the muscles. Aiden put his hands on his gluteous maximus all the time. It was his favorite word. We played capture the flag in PE. We ate chili rice it was delicious. My dad and brother Jr. and Randy caught a moose when they went camping on Kaskanak.

We played kickball in PE. We ate meat potato gravy thing it was good. I read my storybook to Keilan. We did flashmaster too.

We started a new thing in reading. We are setting up for Spaghetti Night right now, got to go! 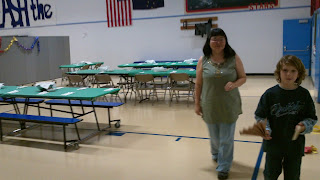 Betsy and Kaleb decorating after setting the tables. 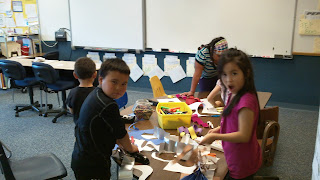 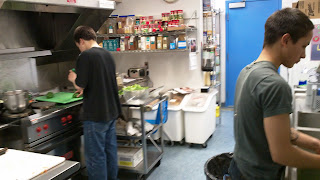 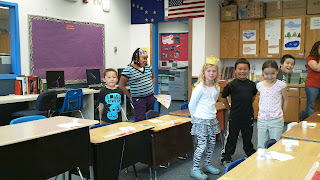 Hi my name is Kaleb and I am in fifth grade. Last week we had a burger night and at burger night people who want burgers had to send in a little form of what they wanted on their burger, then we had to make the burgers, then last we had to deliver them. We made about 800 dollars but it was hard work. Today we are going to have a movie night which we have to order a movie from Netflix but it takes about a week for it to get in. Then when it gets in we set it up on a projector and we call people after that. If people come we also sell snacks and soda.

We also got a new student named Benise and she is in second grade. But it's time for me to go now--people want me to tie some flies. So good-bye reader I hope you had a good time reading this.

But first, some pictures:


Posted by Students of Igiugig School at 1:51 PM 4 comments:

Hello, this is Blaise.

Yesterday was the first day of moose season. I did not go hunting yet but I will.
(I'm hoping I'll get a moose). The school got a snake. We named it Sirius it's a small milk snake it's
red touches black and don't hurt jack. (It means it can't poison you). Yesterday was my nephew's 1st
birthday! O last week the the pollywog's died due to the school's temperatures of heat R.I.P pollywogs.


Posted by Students of Igiugig School at 2:43 PM 1 comment: